Police investigate the scene of an early morning accident that injured two motorist on US Rt 130 at NJ Rt 541 in Burlington, NJ, Monday, April 13, 2015. Police say that the car, traveling on Rt 541 collided with the northbound dump truck traveling on Rt 130 shortly before 4:30am. The driver of the car, a 28 year old man from Bridgeton, NJ, was flown to a regional trauma center with serious injuries. The condition of the dump truck driver was not available at the scene. Police from Burlington City and Burlington Township continued their investigation for several hours. Northbound US Rt 130 was closed for several hours. (Bryan Woolston / For the Burlington County Times). 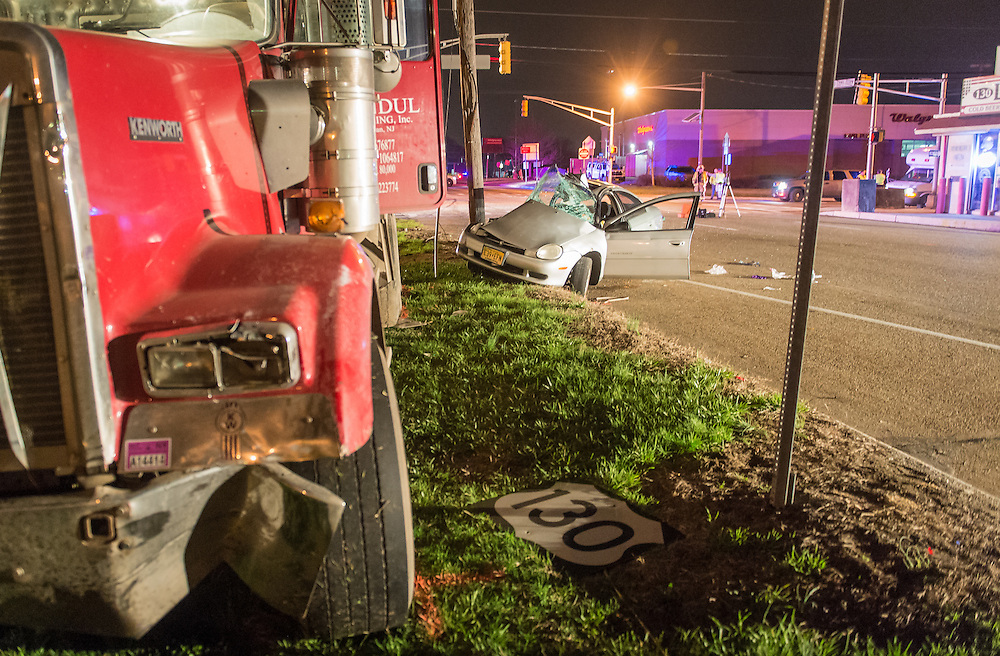