[EDITORS NOTE: POLICE AND FIRE OFFICIALS ON THE SCENE IMPLIED THAT THIS FIRE IN UNDER INVESTIGATION AS AN ARSON, BUT WOULD NOT COMMENT FURTHER] Firefighter Adam Kooker, of the Riverton Fire Department, operates a water cannon as he battles this rapidly advancing fire in this building on Pavilion Ave. in Riverside, NJ, Sunday, August 17, 2014. Fire companies from seven towns responded to the fire, no injuries were reported. Witnesses report observing a male running from the scene. (PHOTO Bryan Woolston / @woolstonphoto) 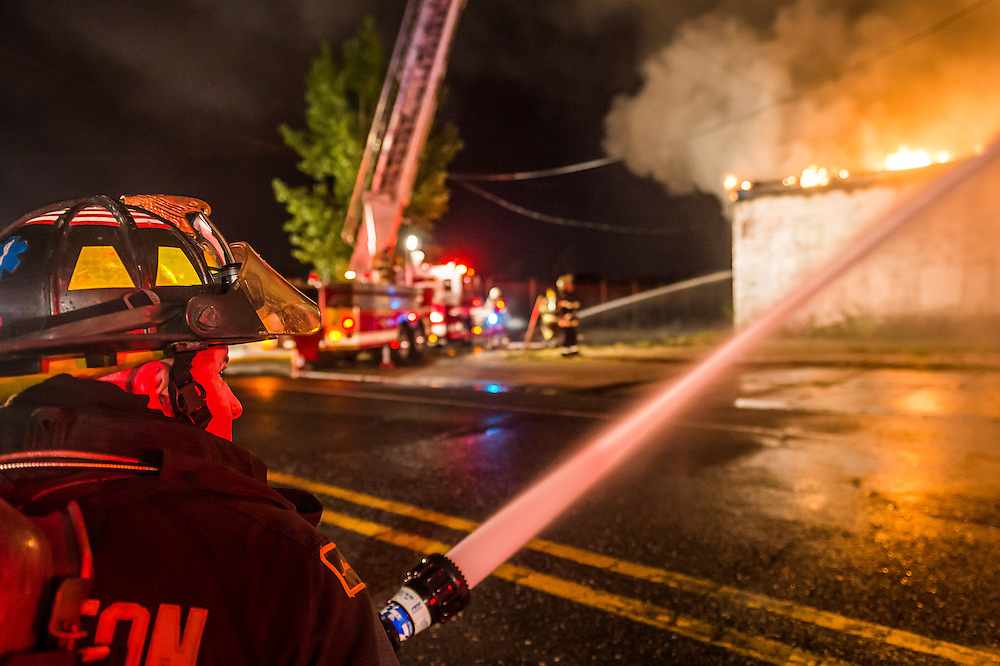