Dominic Mazzio gives two thumbs up with Township Firefighter/Paramedic Tony Coreia during the departments visit to Dominic's birthday party in Burlington Township, NJ, Sunday, June 14, 2015. Emergency responders, with their police cars and fire trucks, visited the party to honor Dominic and his bravery as he battled childhood diseases. When Dominic was two, he was diagnosed with Transverse Myelitis, a rare disease in the spinal cord. After battling that condition for two years, and relearning most of his motor skills, he was diagnosed with inoperable cancer of the brain stem. A condition unrelated to his first disease, according to doctors. “It was like getting struck by lightening twice” said his mother Ashley Mazzio. In November Dominic endured 30 days of proton radiation, a treatment that has momentarily stopped the growth of the tumor. He is scheduled for his next doctor’s visit in July. The hope is that no further growth of the tumor is found.
Photo by Bryan Woolston/@woolstonphoto 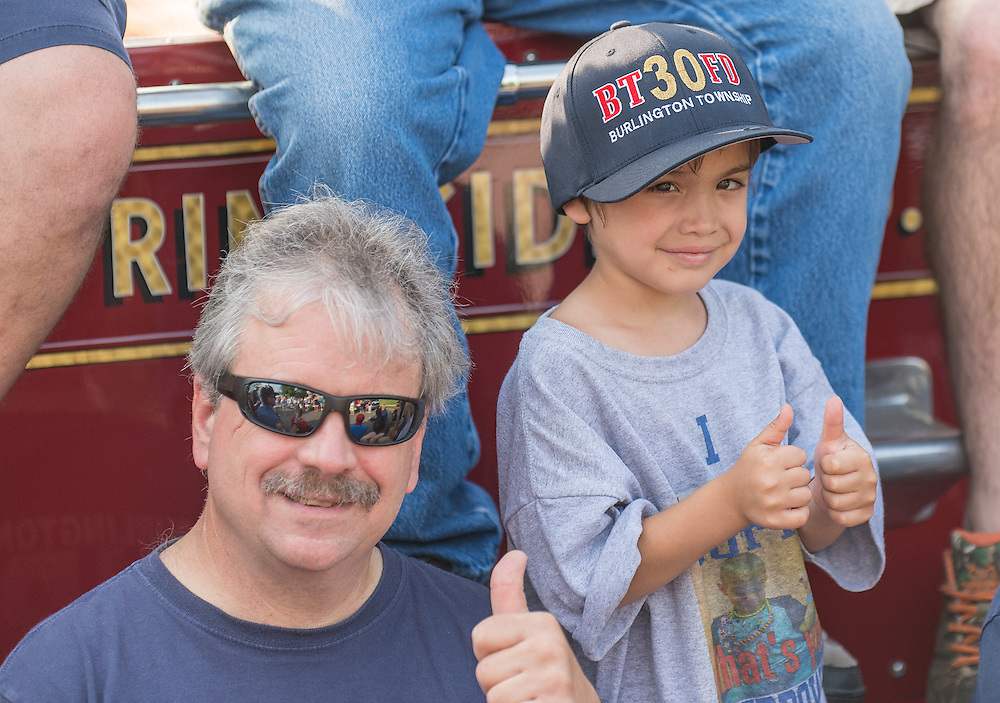