SPOT NEWS, 2/26/05, City of Tacoma, WA /// City of Tacoma Firefighters battled this blaze on 41st on Saturday afternoon. The alarm was sounded shortly before 4pm when about 35 firefighters. The burning building, atop a hill overlooking the Tacoma Mall was apparently vacant and could be seen for miles. No injuries were reported at the scene. Fire officials on scene would comment only to say that the fire would be under investigation. (PHOTO BY: BRYAN E. WOOLSTON) 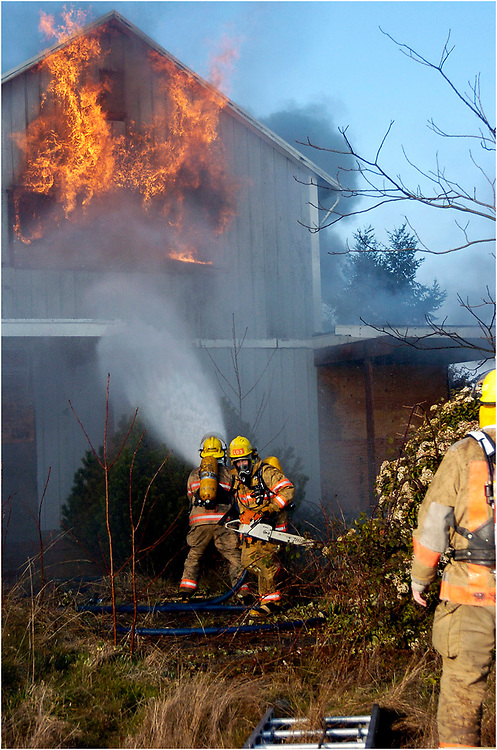