[EDITORS NOTE: POLICE AND FIRE OFFICIALS ON THE SCENE IMPLIED THAT THIS FIRE IN UNDER INVESTIGATION AS AN ARSON, BUT WOULD NOT COMMENT FURTHER] A firefighter climbs a ladder to assist in the battle against rapidly moving fire in this building on Pavilion Ave. in Riverside, NJ, Sunday, August 17, 2014. Fire companies from 7 towns responded, no injuries were reported. Witnesses report observing a male running from the scene. (PHOTO Bryan Woolston / @woolstonphoto) 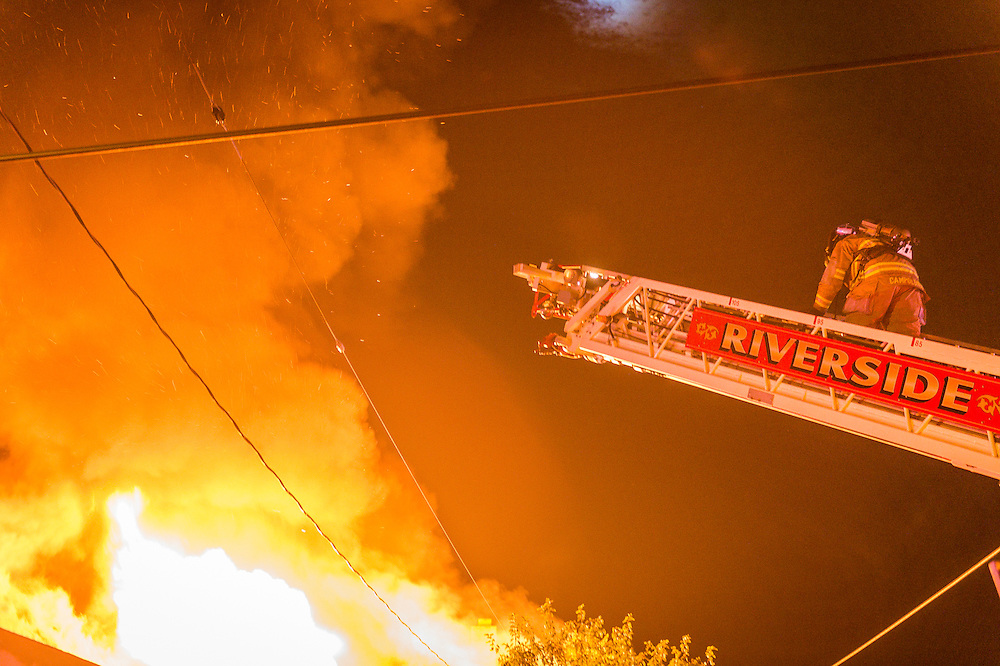